Known for its ability to create the best songs about America, Country music have been responsible for creating protest tunes, patriotic anthems and country artist are known for singing about home sweet home. The large variety of song about America have been inspired by love, others by current events and it has allowed so many artists to achieve their dreams, one thing that does connect all the songs is the passion the artists have for the USA.

Putting A Playlist Together for Your USA Travels 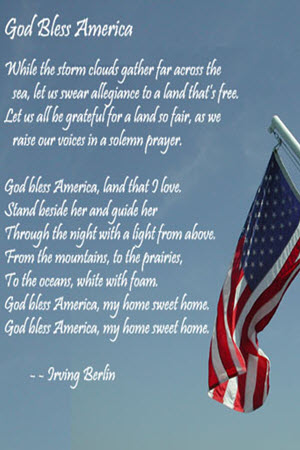 Compiling a playlist for your holiday or some of the road trips you plan in America can include music from several different genres, there are a few go-to songs about America that no playlist should be without. While we loved listening to all of them, we finally did decide on the three most important songs you should add to your playlist before grabbing your bags to travel to the USA.

Brooks & Dunn – Only in America

Only in America by Brooks and Dunn released only a few months before the 9/11 attacks, its reached extended during a time of devastation and its inspiring and energetic tribute to the everyday life of Americans continued to promise hope for the future. Music critics feel the song is a declaration that America is the country where everyone gets to dream as big as they want. The song “Only in America” has since been used in a major way in the political arena on both sides, it featured in the 2004 re-election campaign of George W Bush, and it was also the music played after the acceptance speech of Barack Obama in the 2008 Democratic nominations. Co-written by Brooks, “Only in America” reached number one and for the duo, it was a major success.

Toby Keith – Courtesy of the Red, White and Blue

It’s basically impossible not to think of Toby Keith when it comes to songs about America, his most popular “Courtesy of the Red, White and Blue”, some calls it, The Angry American song. The artist built his career basically on attitude-driven patriotism, one of the biggest songs released in 2002. This song hit the nerve and gave the community the worlds they needed to process their feelings, feelings such as that brought on by 9/11. The one emotion American’s could identify with was that of anger, it was a way to deal with devastating sadness. It is something that Toby Keith felt as well. He knew it would find favour, that it would offer that what listeners wanted to hear at the time. As a number one hit, Courtesy of the Red, White and Blue now stands as the most honest depiction of the attitude of the people during the darkest time in the history of America.

Without “God Bless the USA” your playlist would simply not make sense, and this song by Lee Greenwood is the one tune that stood the test of time. It first released in 1984 and was re-released in 2001, shortly after 9/11.