It is said that decades ago when journalists asked soldiers in World War II, why they were fighting, the common slogan used by all was “For Mom and Apple Pie”, which then gave rise to the well-known phrase still used today “ As American as Motherhood and Apple Pie” 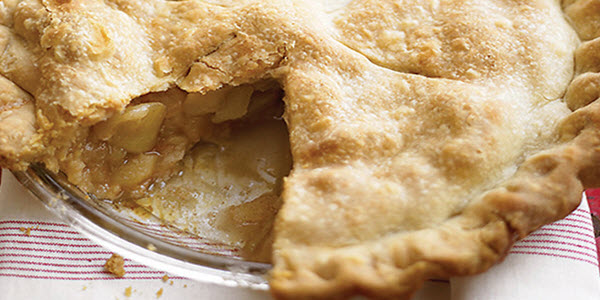 Apple Pie is the most classic of all desserts in America and while many think it humble, it is far from basic. Get to know all the ins and outs and you too can make the perfect apple pie, one soldier would be proud to battle for.

Apple pie is greater than a heart-warming dessert that smells delicious and perfectly goes with a large scoop of ice cream, it’s traditional and it everyone in the US fondly remembers freshly baked apple pie. With several variations and twist to the traditional apple pie recipe, they all have one thing in common and that is that they all simply delicious. To make things easier pies can be baked by using the ready-made pie crusts refrigerated from Pillsbury or made from scratch.

How to Bake American Apple Pie

First of all get the oven going as you will need a pre-heated oven of 425F before you can place the pie crust into an ungreased glass plate followed by pressing it firmly down on the bottom and sides.
In the larger bowl gently mix all the ingredients and spoon into the plate lined by the curst, once the ingredients are spooned into the crust, top with the second crust. The access crust can be cut off and the edges pressed together to seal.

Apple pie needs 40 to 45 minutes of baking and it is best to cover the edge of the crust with foil to prevent too much browning. Once the Apple pie is out of the oven it requires it a cooling down period of minimum two hours. To ensure cooling it is best to place the glass plate on a cooling rack and only when it is completely cool to the touch it is ready to be served.

Apple pie stays fresh for up to two days if it is wrapped in aluminium or plastic wrap once it is completely cooled down. Storage should take place at room temperature and the just baked freshness can be enjoyed for two days with ice-cream. (for best results heat up one slice at a time in the microwave but only for a few seconds just before serving it to your guest) 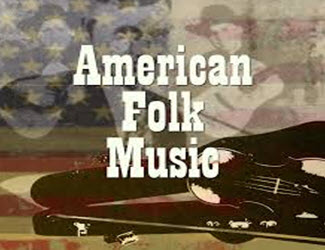 There is no real nameable origin for American folk music because it grew more out of communal tradition than profit or entertainment. Folk songs as a term cover several musical styles, which includes from Cajun to Western, Appalachian to Zydeco music and then all the way to tunes of the urban diaspora. Within the tradition of folk music in America, the folk songs are the ones that use traditional modes to speak or melodies. The traditional folk songs can address political or social issues such as a popular opinion, work or even war, while others are ballads telling the stories of families, then there are love songs and some that can only be classified as nonsense songs.

American Music in the 20th Century

Folk Music returned in the 20th century into the psyche of America as workers struggled, they gathered in union halls, living rooms and churches to sing folk songs. It helped them cope with their harsh work environment. Songwriters such as Joe Hill was discovered as they adapted the tunes of Baptist hymns and replaced the words with verses regarding the struggles experienced by the labours. These were sung by workers during strikes and when they gathered in union halls. Woody Guthrie was another who worked that headed full of hope to California to find employment and wrote hundreds of songs before 1967 when he died. Guthrie was one of the most important figures in folk music and his most known song “This Land Is Your Land” continues to inspire millions both musically and politically. 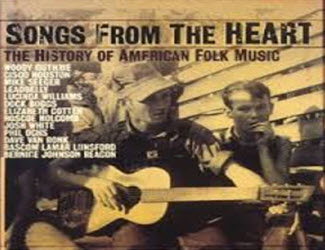 Folk music blossomed in the 1950s to the 1960s in New York, especially in the coffee houses and clubs in Greenwich village showcasing singles like Bob Dylan, Paul and Mary and Judy Collins. New York still offers visitors an array of top music halls and pubs where folk music can be enjoyed.

One place that rocks in Manhattan is the Postcrypt Coffeehouse an all-acoustic venue in the St. Paul’s Chapel basement. It is run by students and founded in 1964. Just to confirm that New York is everything but all about rock ‘n roll, the Greenwich Village coffee shops such as Hank’s Saloon and Japoly Theatre are only two of the best honky-tonk places to visit. Hank’s Saloon is referred to by the New York Times as a Boerum Hill Bar where the old days will never end, waiting to hand you, your first drink is Jeannie Talierco who has worked at Hank’s for more than 20 years. So, if it is the search to find a bit of America’s folk song history, you’re after do book at Hank’s Saloon where there is are no history, it is still in the making.

It is normally outsiders that point out the unique behaviours of Americans. US citizens like to go big, and that includes the amount they tip, the size of their burgers, sodas, it is the one thing that first-time visitors are amazed by. Then there are also the things that are odd to visitors and completely normal to the Americans, which are also interesting.

Instead of Hello, how are You? 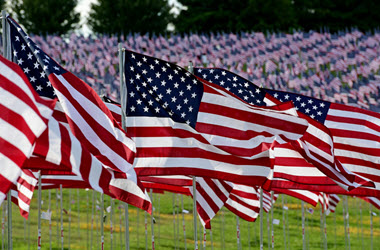 What at first throws visitors is when they just arrived in the US and the shop assistants ask how are you doing when they actually mean hello, it’s a form of greeting more than an actual question and a great way to open conversation. The funny thing is that European visitors always start talking about their well-being instead of yes accepting that it is a way of greeting.

Americans love their blue, red and white flags and no matter whether it is Veteran’s Day or the Fourth of July, every day is flag day. Flags can be seen on lapel pins, on cars and in the front yards of houses. There are not many countries that can compete with the love US citizens have for their flags, and it is unquestionably one of the things that make America great. 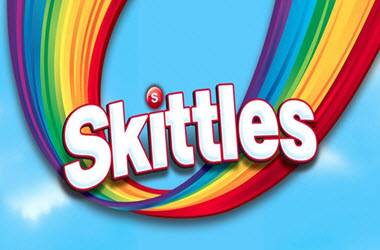 Skittles and in particular “grape” flavour is what American’s love, in Australia and the UK the flavour is referred to as blackcurrant. Yet in America, it is the grape flavour everyone loves, blackcurrant used to be a popular flavour, but that was only until legislators banned it because it then served as a wood-destroying vehicle for the disease known as the white pine blister rust.

Where do Americans Go on Vacation?

Outside of the US, holidays or vacations are what everyone is looking forward to after a year of hard work as everyone gets to spend a few weeks away from home. In the US taking time off for holiday is actually treated as a dark secret and is not as common as everywhere else in the world. Most employees have vacation days piling up. Many outsiders find the workaholism in the USA bizarre.

In the USA they Drink from Red Solo Cups

Apart from the large portions served in restaurants and the amazing taste of the food available in the US, one thing Americans do is drinking from red cups. The red solo cups are seen in the country as a symbol of backyard barbeques and college keggers. They are used at all social gatherings, and even while they have hardly seen outside of the USA, they are the main cup from which booze are consumed. When Seth Stevenson was asked about the red solo cups he explained that the main attraction to some is the opaque colour, which makes it impossible for law officers or other authorities to tell what is inside, the red solo cup’s sturdy design and in its latest version the square bottom also makes it a cup easy to hold. Plus it is red, so it is one of the three colours most loved by the USA.

Due to their love for hot dogs, Americans even celebrates a National Hot Dog Day, which falls on the 18th of July, this yearly event confirms that the hot dog is a symbol of the country’s ingenuity. Hotdogs are the one food to easy to make you could hardly mess it up. Yet there is a major difference when it comes to the masters of hotdogs and America has no shortage when it comes to phenomenal hotdog joints.

What drastically differs from the brethren in Detroit is the Flint-style coneys, these differences include that the wet-style gloopy motor city chilli, the Flint’s are dry, and onions and mustard are essential. The Flint Town version is also one-hundred per cent local and the coneys comes from the Koegel Meat Company which do make the best dogs in the entire country.

No one knows the Vienna better than Anglo’s which grills these to perfection, and even though the original flint has been through an array of changes over the past seventy years, the one you simply could not miss is that of Angelo’s as they are the best coneys served with fries and gravy.

Chicago – The Hometown of Biker Jim

While Chicago is proud to have Abe Froman, Denver is quite pleased with the idea of being home to Jim Pittenger the Sausage King, started as a food cart owner his journey led first to a fleet of carts and now to several brick-and-mortar joints. Since Pittenger also became a fixture on television and his signature dogs are the favourite of millions including Andrew and Bourdain Zimmern.

The signature dogs are unique and represent a variety of meats including buffalo, reindeer, elk, rattlesnake and pheasant, and they described as glorious. Each explodes with a flavour sensation of their own and is amped with a range of brilliant topping including coney sauce, harissa roasted cactus, green Chile salsa or even Malaysian curry.

What beach towns have in spades, South Carolina has in hot-doggery roadside joints, yet Jack’s are a piece of America that no other will ever have the right to claim. It is famed for more than one thing, including its unique home-made sweet potato mustard that is simply mind-blowing and then there are the bits of blue cheese part of the tastiest special slaw in the world.

Jack is the mastermind of flavour explosions, and this is one roadside hot doggy no one on earth should miss out on. It is well worth the trip and if you love messy do order the blue galactic dog. It will leave you in a happy mess of magical flavours, well worth the clean-up afterwards even if you might need to jump into the ocean to get all the saucy bits off.