Maybe the most satisfying journey of all is one allowing us to find ourselves, destinations that offers aspects such a history, the chance to embrace nature, expand on our knowledge and brightens our day, allowing dreams of the future. Several US destinations offer inspiration and appeal to travellers on a journey to discover themselves, their creative side, harmonious passion, somatic side and to re-discover what being stress-free is all about. 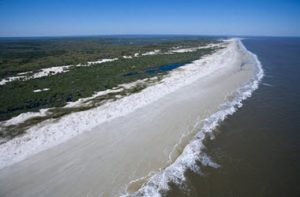 William Bull and James Oglethorpe meticulously planner their new settlement in 1734, which is the reason for Savannah’s designing and arty atmosphere, every corner, square and street was planned fastidiously. The squares are now framed in Spanish moss bearing live Oaks and became the picture-perfect destination for building antebellum mansions and elegant townhouses. It is the home of the Telfair Academy, oldest public art museum offering the visitor a collection of nineteenth and twentieth century European and American artworks. It is here where the most prestigious of all art schools can be found, and the Savannah College of Art & Design’s museum has its own art collection consisting of 4,500 artworks

Just hearing the word Nashville immediately bring images of cowboys stomping their boots to the rhythm of honky-tonks, it’s home to musicians since the early 1920s. It’s the place where live bluegrass and country music can be heard all the way down Lower Broadway, a pleasant sound carried on the beer-perfumed air. One place that is well worth stopping by is Robert’s Western World, if it is funky you’re after then the Bourbon Street Blues & Boogie Bar is just the place. The Schermerhorn Symphony Centre is for the sophisticated, grandiose melodies further beautifies this fabulous setting. 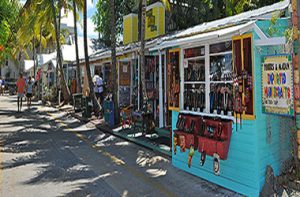 In the same way, an ancient novels dusty pages are bound by leather, Ernest Hemingway is connected to Key West, he called it his home until 1940. It is here where he wrote “The Green Hills of Africa” and “The Short Happy Life of Francis Macomber”. Robert Frost lived here from 1945 until 1960, there is now a festival name after this prolific author, The Robert Frost Poetry Festival taking place in April. Stephen King fans are bound to find this an inspiring fact to visit Key West as the old Fort East Martello Museum is where the Robert the Doll” can now be found, whatever you do, don’t question its powers.

North America’s city offering the most wonderful weather in San Diego, it is here where travellers have more than enough reason to enjoy the outdoors. It consists almost of perfect hiking trails along Harbor Drive and the waterfront, the beautifully manicured promenades are just what you need to enjoy jogging or even a long walk. California invented, commoditized and then exported skateboarding so it’s a city dotted with exceptional skateparks.

Only a few hours up to a day is needed to get back your sporty self and ready to enjoy the Pacific beaches where windsurfing, sailing and kayaking are offered along the 27-mile shoreline. Don’t miss out on diving and the change to explore shipwrecks and kelp beds. After a few days of rollerblading and cycling you be rested, motivated and ready to enjoy life with a new song in your heart, probably one that became your favourite during your Nashville visit.

The amazing natural wonders of the world is on everyone’s bucket list when it comes to travelling, yet the United States offers more than enough surreal places to keep your eyes feasting on the most incredible places for a very long time.

So, get your flights booked now to California, Alaska, Arizona, Carolina, Nevada, Wyoming, Florida, Georgia, Texas and Oregon, for a start. With so many wonderful places to visit the first stop will completely depend on personal preference, on my list the first stop-over is in Nevada. 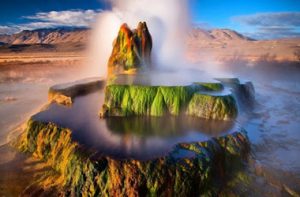 The fly geyser in Nevada was created during drilling done in search of finding geothermal energy sources back in 1964. Minerals surfaced from the drilling hole and formed this magnificently odd formation now known as the fly geyser. It is situated on a private property although it is visible from the road.

A popular summertime hangout just outside Austin in Texas is the natural pool that now is in the place of an underground river that existed before erosion caused the dome to collapse.

Watkins Glen State Park is a gem hidden within the Finger Lakes State Park of New York. It is famed for the 400-foot-deep gorse offering scenic views and a breath-taking waterfall. It is possible to enjoy this magnificent scene during a day visitor as an overnight camper. There are several activities offered including picnic spots, campsites for trailers or tents and apart from fishing visitors can relax in an Olympic size swimming pool.

In the 1900s the locals would throw their household garbage and all sorts of things over the cliffs onto the sandy beaches below, decades later what the Pacific Ocean didn’t remove is now pottery and glass shape and smoothed by many years of erosion. 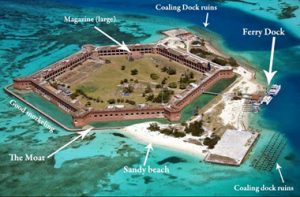 Many would find it hard to believe that there is something much cooler beside the Key West fun, it is about 70 miles, according to estimations west lies the Dry Tortugas National Park. This is where an unfurnished fortress called Fort Jefferson can be found, the building process started in 1847, and now the place remains secluded from the outside world. It is only accessible by seaplane or boat and offers an amazing opportunity to unplug from the world.

Its probably the flattest place on earth, Bonneville Salt Flats was covered by a prehistoric lake until 14,500 years ago and is now where speed records are made by racers during mid-August. It gets up to 120 degrees Fahrenheit in summer, and after some rain, it is said that the whole area turns into a giant mirror. It reminds me of the next place on my list which is the White Sands National Monument in New Mexico, a snow-white desert, what could be more awesome? 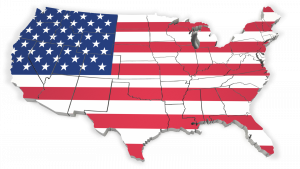 While it may not look like it when viewing a map, the United States of America is a large country filled with a plethora of places to visit, explore, and experience. While some people may think the cities and states in America are alike, each one is filled with its own unique characteristics which make it stand out and even more enjoyable. Some are filled with historical landmarks, national parks, and even fun festivals that no one would want to miss out on. Though travelling in this exciting country takes more than just a passion for exploration – you must account for the travelling itself, which destinations should you be looking for, what things to do, as well as some general tips, to make sure your experience is the best one possible.

Before you set out on your trip to explore the USA, you should realise that its impossible to visit all 50 states unless you have a solid few months of free time to get the full experience. However, this means that you have to get your priorities set and prepared beforehand. If your goal is to visit a few states, then an excellent way to accomplish this is spending a maximum of four nights in each place so that you will have enough time to explore without getting bored of it.

Another tip of valuable advice is to keep the weather and season in mind. One thing that the United States is known for is being either extremely hot or cold depending on the season. While some states such as Florida, is usually never affected by it but it’s still something to keep in mind while planning a trip. On the other hand, certain seasons will bring in even more travellers into the states. For example, avoiding travelling through major holidays, such as New Years and the Fourth of July might save you a headache.

There are a handful of helpful ways to get around while travelling in the United States. People have their choices for cars, planes, buses, trains, and of course, cars. Though, each transportation method does come with its own perks and cons. For starters, trains and buses will be crowded with people and may take a bit longer due to all the steps in between the destinations. While planes are quicker, you still have to find transportation after landing, and cars will require you to sit behind the wheel and fill up the gas on occasion. However, after getting where you want to spend your trip, finding out which transportation method will be best for you and the family would be easier and more convent rather than planning it first. If you do plan on driving yourself, it’s always a pro tip to choose a car that’s good on gas as prices can vary from region to region and can easily cause a dent in spending money. 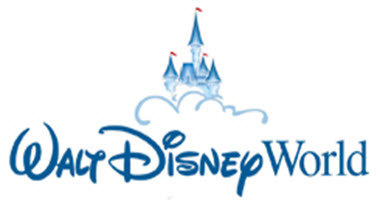 If your visit is going according to your bucket list of must do things, then make sure your list has the following on it, including some of the park’s secrets, restaurants and other attractions bound to make your Walt Disney World vacation the most magical of all.

Reserve a character dining experience and your favourite character will come to you, which takes away queuing to meet Winnie the Pooh or Micky Mouse. Do some research, and you’ll know where each of the characters hangs out.

There is nothing like ending a day in the park like the quintessential fireworks that take place at the Magic Kingdom’s Happily Ever After Show. Beat the crowds by purchasing a fireworks and desert package that offers special seating and a choice of delicious desserts.

Could the Haunted House Spook You? 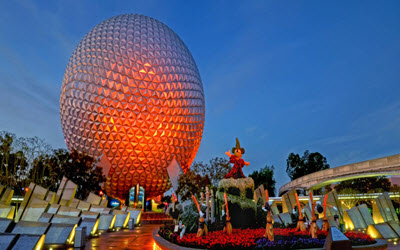 When it comes to the fast-past list, the Haunted House is not to be missed, and do keep an eye out for the hitchhiking ghosts, part of this paranormal slow-driving family ride. While you in the queue enjoy some great laughs by checking out the fantastically worded gravestones.

Kilimanjaro Safari, an Immersive Experience for the Entire Family

Take this ride as early as you can for the very best viewing of animals such as giraffes, lions and elephants.

Book well in advance as its basically impossible to get reservations in this tremendous Beauty and the Best style atmosphere.

Use the Jedi master’s Force

In Hollywood Studios the Star Wars experience arrive only in 2019, but that does not mean the family can’t hitch a ride on the Star Wars Tour adventures and at night a spectacular Star Wars firework show weaves all the films together.

It’s a thrill ride that the whole family will remember for years to come, it takes you to the caves and caverns that tells the tale of Snow White and her Dwarfs.

It’s an all you care to eat buffet that offers Mickey pancakes, waffles and whatever else you can or can’t imagine. Plus, you’ll meet Mickey as well as his friends as they come around to your table, which most certainly will be one of the highlights of your visit.

Have Afternoon Tea with Alice in Wonderland

Let all fear go and allow yourself to fall down the magic rabbit hole where kids 3 to 10 years get to decorate their own cakes and cookies while sipping on apple juice. They can also dine with Mad Hatter and Alice as they tell stories about grand celebrations and adventures.